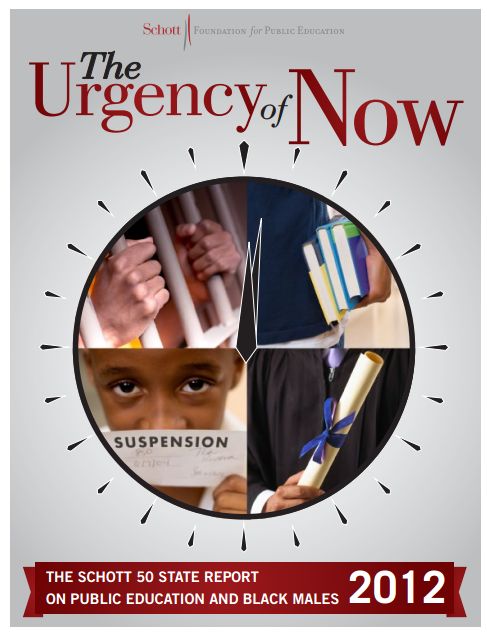 The Urgency of Now: The Schott 50 State Report on Public Education and Black Males, a new report from the Schott Foundation for Public Education finds that only 52 percent of Black male and 58 percent of Latino male ninth-graders graduate from high school four years later, while 78 percent of White, non-Latino male ninth-graders graduate four years later. The report suggests that without a policy framework that creates opportunity for all students, strengthens supports for the teaching profession and strikes the right balance between support-based reforms and standards-driven reforms, the U.S. will become increasingly unequal and less competitive in the global economy.