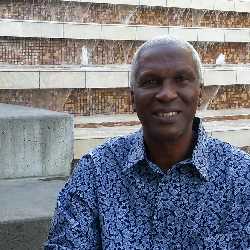 Ernest Johnson of Families and Friends of Louisiana’s Incarcerated Children (FFLIC) was recognized recently for his tenacious work on behalf of young people in trouble with the law.

Johnson, who is FFLIC’s Statewide Juvenile Justice Reform Campaign and Policy Director, is the third recipient of the Beth Arnovits Gutsy Advocate for Youth Award, which is given annually by the National Juvenile Justice Network to an individual who advocates for youth justice and juvenile justice reform and who embodies “the tenacity, vision, fearlessness and wisdom of Beth Arnovits.”

“Ernest Johnson was a natural choice for the Gutsy Youth Advocate award,” said Sarah Bryer, director of the National Juvenile Justice Network. “He started out advocating tenaciously for his own son, but quickly committed himself to helping as many other families and parents as he could. His determination and his desire to create a fair and just response to youth in trouble with the law by focusing on the appalling racial and ethnic disparities in the system are inspiring to us all.”