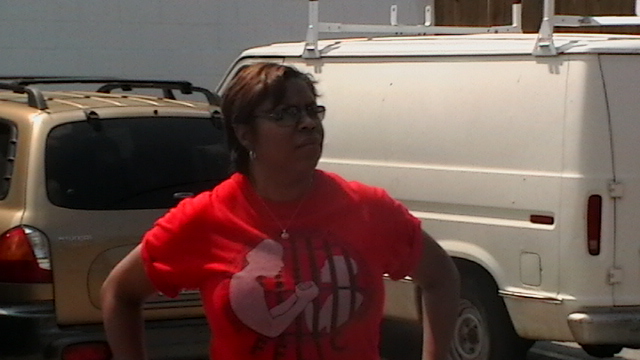 FFLIC was recently featured in The Open Society Foundation’s blog

You can also view this entry on their website at: http://blog.soros.org/2010/07/families-repairing-a-broken-juvenile-justice-system/

The Open Society Foundations work to improve the lives of the world’s most vulnerable people and to promote human rights, justice, and accountability. This blog aims to bring that work a little closer by giving our experts and grantees a platform to reflect on their issues, sharpen their thinking, and engage in a conversation on how to advance open society values around the globe

Gina Womack is executive director of Families and Friends of Louisiana’s Incarcerated Children [1], a grantee of the Open Society Foundations which is celebrating its tenth anniversary. She recently spoke with me about the organization and its work.

Can you tell us about the origins of Families and Friends of Louisiana’s Incarcerated Children?

As the person answering the phones while working for the Juvenile Justice Project of Louisiana [2], I talked to parents and kept hearing the same horror story.  A lot of them were sad and crying because they were looking for help for their boys and couldn’t find any, and were then told to turn them over to the system where they could get the help they needed.  They felt ostracized by family, churches, and community because they now had children who were incarcerated.

I felt that these mothers and grandmothers could use the support of each other, so I turned to JJPL’s director and lobbied for a support group for these families. After I got his approval, many others were excited about the possibilities and joined in to make this a success.  After a few meetings, we joined JJPL’s campaign [3] to close the notorious Tallulah Correctional Center for Youth.  The campaign put parents at the center to tell their stories to provide a human link for  lawmakers who believed that these were “throwaway kids.” We eventually won sweeping reforms that closed Tallulah in 2003 and pushed Louisiana to move from a punitive system to one that is based on rehabilitation, with parents at the center.

We continue to grow our membership and develop leaders as we work on campaigns to stop the school-to-prison pipeline and to downsize and regionalize the remainder of our youth prisons.

Who typically shows up to a Families and Friends rally, and what is it that you hope to accomplish at them?

Rallies include our members who are mothers, grandmothers, aunts, fathers, youth (formerly incarcerated or those affected by the school system) and other concerned citizens.  The rallies aim to shed light on the issues affecting our children and the ill treatment by the school and juvenile systems. We hope to eventually have a juvenile justice system that rehabilitates our children, returns them home whole, and connects them to treatment that keeps them from returning to the system.

We rally to reform our education system, to change those laws around our children’s behavior to rely on positive behavior interventions and conflict resolution, and allow children to be adolescents while giving them the services they need to grow and thrive.  We rally to let everyone know that we will no longer be silent and watch our system continue to be a force of oppression against our families and communities.

What kind of impact has your organization had on juvenile justice and educational reform in New Orleans, and Louisiana in general?

Over the last 10 years FFLIC has had a huge impact on the juvenile justice and educational reform, such as:

Over the last 9 years, we have developed a successful methodology of transformative organizing by which we work closely with individual community members to do real and deep leadership development and also work collectively to build projects and campaigns that keep parents at the center.

You’re a true-blue New Orleaniean—how has that impacted your efforts at FFLIC?

In Louisiana, New Orleans in particular, there is a continued distrust of people coming in our state/city trying to be our Savior, making a name for themselves and then leaving.  Part of our mission is a belief that we are the experts on what our communities need.  We live that mission by ensuring that we hire within our members and their local communities. So, we don’t just say we are the experts, we live it.

What can we expect to see from your organization in the next decade?

We aim to empower and develop many more leaders and chapters across Louisiana in order to reach and engage more families. We expect to see the Missouri juvenile system model [5] fully implemented and fewer youth entering the system, and those who do will receive the rehabilitative treatment that they deserve. We also expect to reduce the number of youth flowing into the juvenile justice system from unjustly school suspensions and expulsions.

We will continue to empower and transform our communities and to push for social change until power has shifted and the people most affected by the issues will be a part of the decision-making process. We will continue to participate until there is a world where everyone is judged by the content of their character and not by the color of their skin, and everyone can reach their full potential.

In the five years since Hurricane Katrina hit New Orleans and the levees broke, residents have developed innovative approaches to tackling some of the city’s—and the nation’s—most persistent problems: criminal justice reform, unresponsive government, and racial and economic inequality. In recognition of these efforts, during the month of August the Open Society Blog shines a light on people and organizations in New Orleans bringing change from within one of the country’s most important cities. Read more posts in this series. [6]