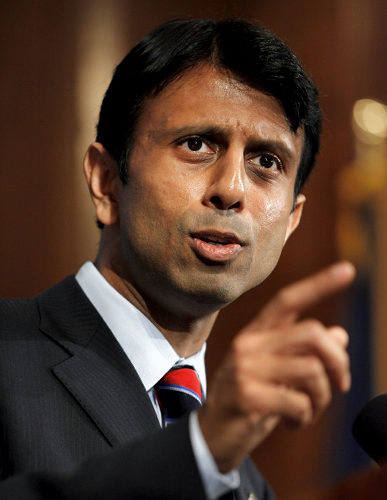 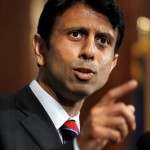 Moving Forward With the Status Quo

When Governor Bobby Jindal vetoed State Senate Bill 67 (SB 67), he failed to protect the right to education for thousands of Louisiana school children.  Each year more than 25% of Louisiana students are put out of school for “willful disobedience”, which includes suspensions of students in elementary grades for very minor “infractions”, like being out of uniform.  [1]In the 2009-2010 school year alone, there were more than 14,600 Louisiana students suspended for being habitually tardy or absent.  [2]

It was this alarming data that led students, parents, teachers and education advocates in Louisiana to come together to advocate for SB67 to demand that suspensions and expulsions be reduced and those positive approaches to school discipline be used that address student behavior while keeping kids in school. If we are to create an equitable and high quality public education system for Louisiana’s children, we must ensure that students are not hastily pushed out of school for minor infractions. Keeping our young people in school should be our number one priority.

Yet despite having bi-partisan support, majority floor votes, and being passed by both the Louisiana House of Representatives and Senate, Louisiana Governor Bobby Jindal vetoed SB 67 on July 1, 2011.

Senate Bill 67, if enacted, would have reduced suspensions and expulsions for minor infractions by encouraging schools and districts to use positive intervention tools and strategies such as restorative justice and peer mediation. Research from schools and districts across the country has shown that these positive approaches are more effective than suspensions and are proven to reduce disciplinary incidents and even decrease violent incidents in schools by up to 50%. [3]

In his statement Governor Jindal added, “nothing in current law prevents a school board from deciding to reduce the use of suspension or expulsion, speed up the expulsion hearing, or hold parent-teacher conferences in a timelier manner.” However, nothing in current law encourages them to do so, which is exactly why SB67 is so necessary since the school boards are in fact doing the opposite. Each and every year, approximately 300,000 Louisiana students spend several days out of school due to “disciplinary” reasons.[4] The state of Louisiana will never close the achievement gap or decrease the racial disparities among students who are pushed out of school in Louisiana for subjective minor “disciplinary” reasons. Currently, the Louisiana Revised Statute 17:416 (R.S. 17:416) allows local school boards to keep a student out of school indefinitely until an expulsion hearing takes place; it has been noted that on average students are kept out of school for more than 14 days awaiting an expulsion hearing.

At present, there is nothing in state law that protects the rights of children or prevents school boards from putting young students out of school for minor and subjective disciplinary reasons. SB 67 would have amended state law R.S. 17:416 to decrease the number of days a student could be suspended out of school for minor disciplinary infractions and require districts to create guidelines for reducing suspensions for “willful disobedience.” Furthermore, the bill would have made certain that students were not out of school for more than 10 days awaiting an expulsion hearing. Finally, SB 67 would have supported the Louisiana Department of Education (LDOE) in attaining the “9 Critical Goals” as adopted by the LDOE and the Board of Elementary and Secondary Education (BESE) in 2010.

The current practices of school boards across the state and the current state law related to suspensions and expulsions do not align with the goal of the Louisiana State Constitution which states:

“The goal of the public education system is to provide learning environments and experiences, at all stages of human development, that are humane, just, and designed to promote excellence in order that every individual may be afforded an equal opportunity to develop to his full potential.”

– Preamble to Article 8 of the Louisiana State Constitution

If we do not begin to make logical data-driven decisions to protect the educational rights of our children by amending the state’s disciplinary laws (specifically R.S. 17:416) to ensure that students are not being denied their right to an education, the state of Louisiana runs a high risk of a class action law suit for violating students’ constitutional rights to receive an education.

Given the existing data and bi-partisan support we can only conclude that Governor Jindal’s reason for vetoing Senate Bill No. 67 was not based on data, qualitative information, or concern for the constitution but rather on the governor’s subjective reasoning and uninformed advice. We recommend that Governor Jindal support the provisions proposed in Senate Bill 67 during the 2012 legislative session.

If we are to shift the current paradigm and change the status quo it is imperative that we continue to organize ourselves.