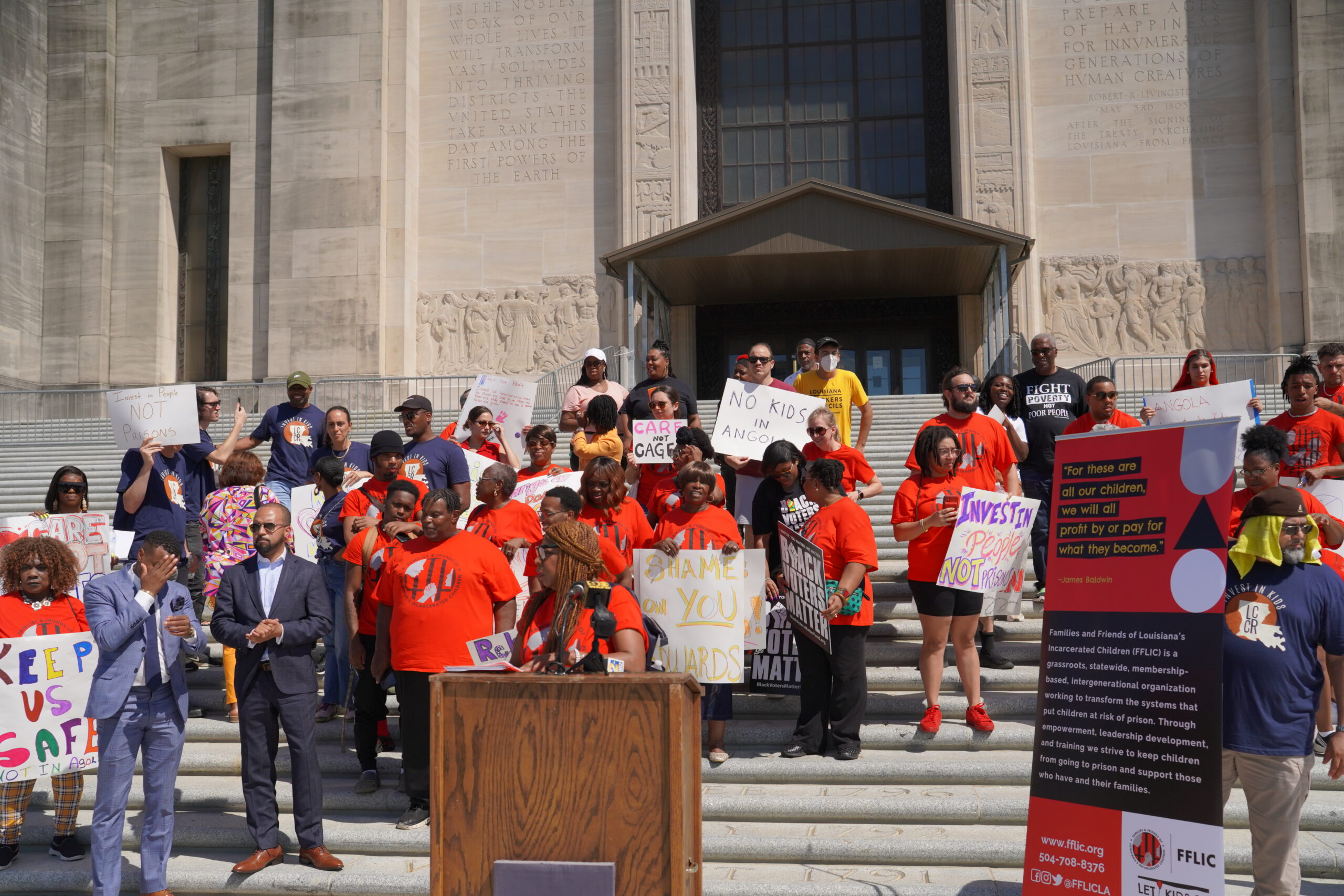 BATON ROUGE — A federal judge is allowing Louisiana to move children in its custody to the former death row of Angola, the adult prison notorious for human rights abuses.

In her order, District Court Judge Shelly Dick found that youth will not be transferred to the proposed site on the grounds of Angola “until the facility is ready, properly staffed, and can fully provide educational, medical, mental health, recreational, and food services.”

Additionally, Judge Dick found that no children will be transferred to the site until “all medical and mental health care services are fully available, including the physical spaces to provide such care.”

“We are disappointed by the decision and disagree with the decision,” the litigation team said in a joint statement. “We are considering our options on next steps.”

Local advocates, including the Louisiana Center for Children’s Rights, Families and Friends of Louisiana’s Incarcerated Children and the ACLU of Louisiana have fought the plan since the Governor announced it in July. A plan to move children onto the grounds of a maximum-security adult prison is unprecedented in modern history.

In response to the judge’s order, youth justice advocates in Louisiana issued the following statements:

“We deeply reject this decision and extend our concern for the well-being of the children who will be transferred to Angola. The judge’s decision to uphold Governor Edwards and the Office of Juvenile Justice’s (OJJ) unlawful plan to transfer youth to Angola will cause irrevocable harm and trauma. Locking children behind the bars of an adult prison instead of addressing the longstanding history of systemic abuse, mistreatment, and racism within OJJ is unconscionable.

Governor Edwards must reconsider his decision and completely abandon these plans before we lose another generation of children in Louisiana.

Imposing harsher punishments and using punitive measures to reduce crime has never worked. Elected officials must implement a holistic model of care that provides community-based supports, including mental health and mentorship programs, rather than further investing in a broken system. Our children are deserving of the opportunity to build a future outside of prison walls. We will continue our fight to stop Governor Edward’s plans and fiercely advocate for the overall health and safety of Louisiana’s incarcerated children.”

“The ruling today, which will allow the Office of Juvenile Justice to move children to a facility on the grounds of the Louisiana State Penitentiary at Angola, contradicts the evidence of OJJ’s inability to provide proper care and supervision to youth in its own facilities, upholding the myth that all we need to achieve safety is a stronger cage.

“Moving children into the Angola facility will not solve the problems that OJJ has been facing. It will only ensure the past repeats itself: children will be held in solitary confinement, met with excessive use of force, and they will be denied the education and services they are entitled to and that are needed to reduce re-offending once they are released.

“No other state in the country is sending children to a former death row unit in a prison that is synonymous with slavery. We hope the Governor will reconsider this plan for the sake of the children of Louisiana.”