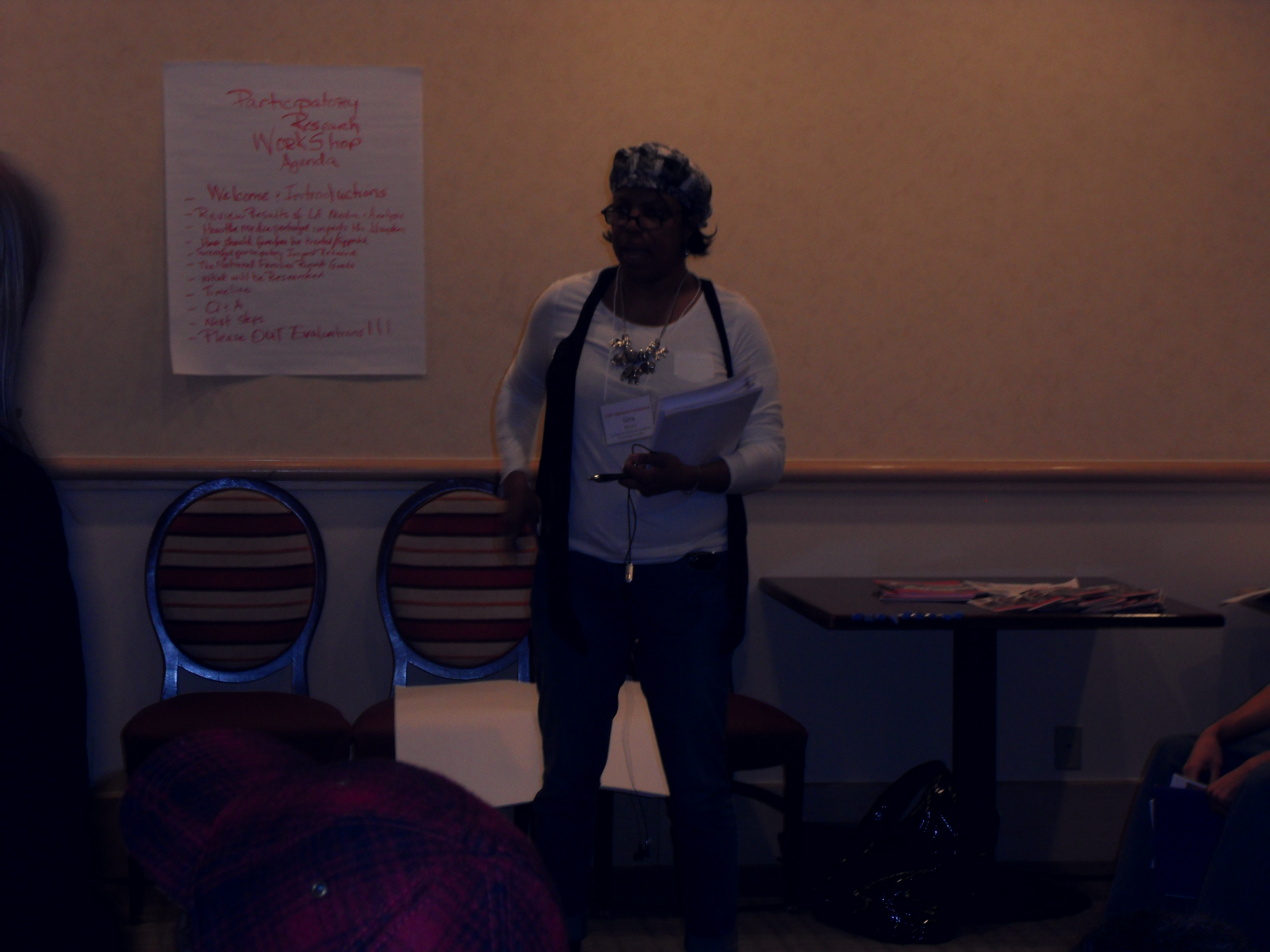 Gina Womack, co-founder and executive director of Families and Friends of Louisiana’s Incarcerated Children (FFLIC), has been named a 2011 Alston Bannerman Fellow.   The Alston Bannerman Fellowship is a national award presented by the Center for Social Inclusion (CSI) that honors longtime community activists of color and gives them the opportunity to take sabbaticals.  Ms. Womack is one of six fellows selected this year.

The Alston Bannerman Fellowship appreciates that community organizing is vital and demanding work, which gets too little recognition or reward.  Without time to rest and reenergize, the pressures of the work can prove overwhelming and result in a loss of creative and critical leadership. To sustain their efforts, the Alston Bannerman Fellowship gives organizers of color the resources to take three months off for reflection and renewal.

“Gina Womack exemplifies the kind of leadership that the Alston Bannerman Fellowship was created to reward,” said Madeleine Adamson, Coordinator of the program.  “She has built an organization that began as a small support group for parents of incarcerated children into a force for change in Louisiana.  And she has done it by empowering families to take leadership.”  FFLIC’s successes include sweeping reforms that closed two juvenile prisons.  Currently, the organization is working diligently to interrupt the school to prison pipeline.

The other Alston Bannerman Sabbatical Fellows for 2011 are:

Founded in 1988, the Alston Bannerman Program has awarded 202 Fellowships to activists of color across the United States and its territories.  The Program is named in honor of the late Charles Bannerman, a lifelong community organizer in Mississippi, and the late Dana Alston, a leader of the environmental justice movement.

The Center for Social Inclusion, which assumed the fellowship program three years ago, is a national policy advocacy organization based in New York City.  CSI develops ideas, leadership, and communications strategies to dismantle structural barriers to opportunity for communities of color and increase wellbeing for all.