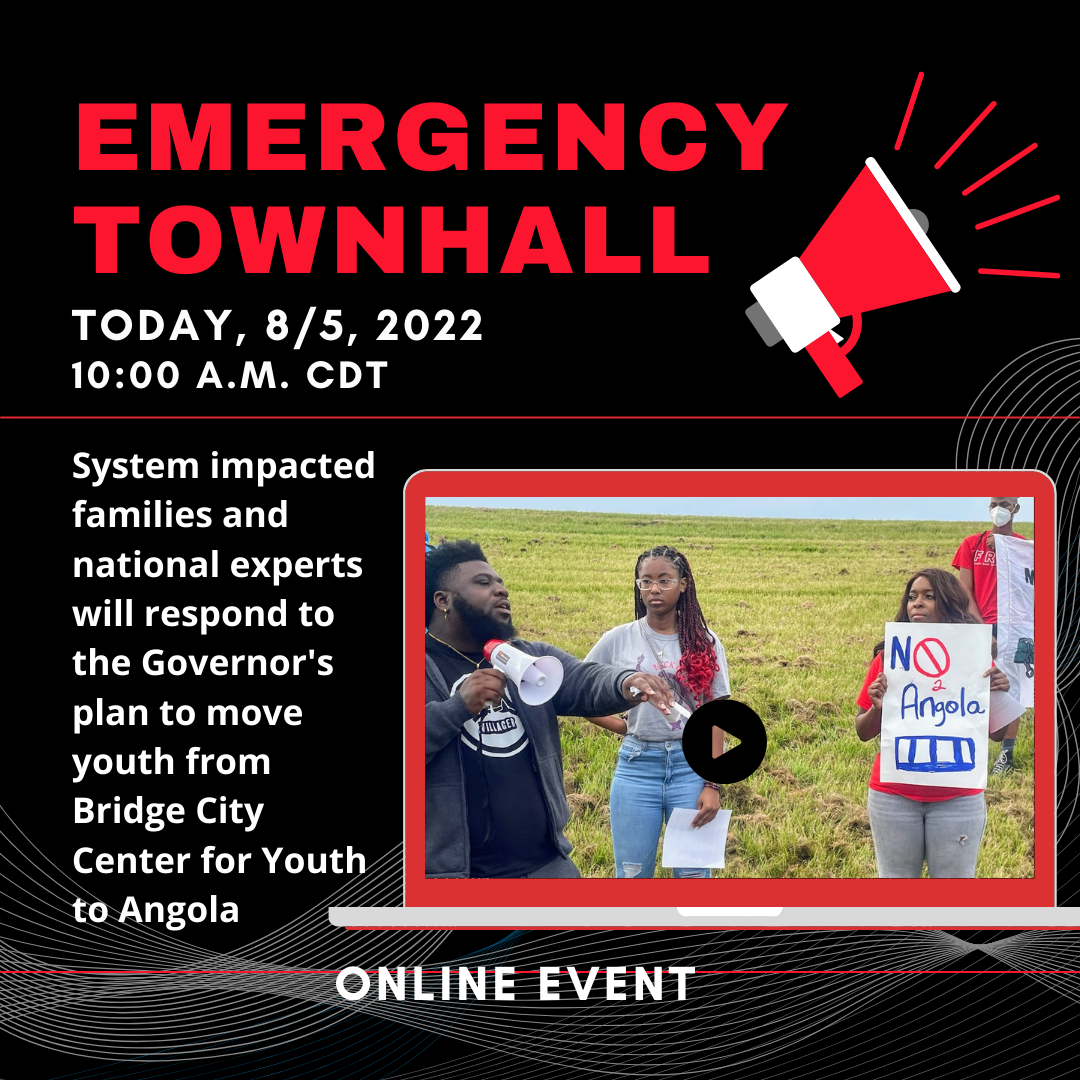 FFLIC and youth justice partners, will host a virtual emergency town hall in response to the Governor’s plan to move youth to Angola. The town hall is in lieu of a Juvenile Justice Reform Act Implementation Commission(JJRAIC) meeting, which was canceled in response to suggestions that it might violate public meeting laws.

System impacted families, youth justice leaders, and experts will discuss the impacts of the move as well as solutions and alternatives to sending youth to Angola.

Gina Womack, Executive Director of FFLIC, and Vice Chair of the JJRAIC commented, “There should have been a public process for community input before the plans to move the youth were made, so we still feel the need to create a forum for parents and youth justice experts to share their views.”

Since the Governor’s announcement, FFLIC has hosted a vigil in front of Bridge City Center for Youth and has been running a campaign calling upon members of the public to sign a petition demanding that Governor Edwards halt the move to Angola.