No Kids In Angola Car Caravan and Press Conference 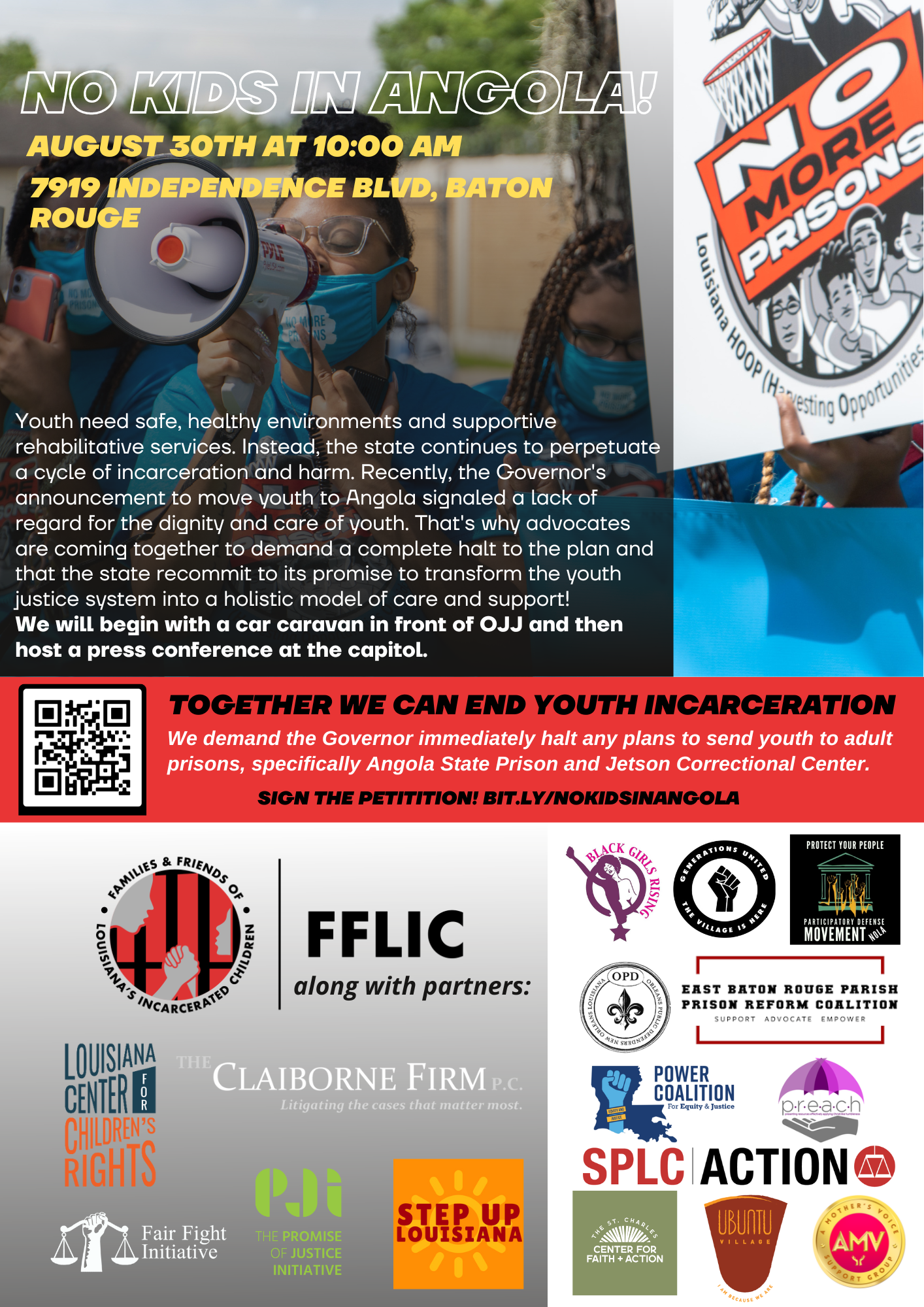 On Tuesday, August 30th, Families and Friends of Louisiana’s Incarcerated Children (FFLIC), along with youth justice allies, will host a press conference to demand Governor Edwards immediately abandon plans to move youth from Bridge City to Angola – one of the most horrific prisons in the country. Following a federal lawsuit, the state has agreed to temporarily delay transfers until September. Advocates will begin with a car caravan in front of the Office of Juvenile Justice (OJJ), and then move to the Capitol to deliver over a thousand petitions from concerned Louisianans who know the state’s abhorrent agenda will only perpetuate a cycle of incarceration and harm for youth.

Advocates and lawyers will also discuss the lawsuit they filed against the state last week – which prompted the temporary delay – why a pause isn’t enough, and the urgent need for the state to recommit to its promise of transforming the youth justice system into a holistic model of care and support.